The 1955 All-American Sports Club Complete Set consisted of a whopping 500 cards. Offered by the company at the time in uncut sheets. Each sheet features 32 players from various sports. Many HoFers from all sports are part of this wonderful set including George Mikan, Bill Russell, Willie Mays, Mickey Mantle, Jackie Robinson and more. Original Set also included a newsletter, 8″ x 10″  & a Johnny Antonelli picture and two sheets of Sport Club applications with original envelope that was used to ship the entire set.

Few exist today in high grade and especially in single format since they had to be cut by hand.  To date only 12 have been graded by PSA (Professional Sports Authenticators).

Condition: The card shows nice centering with strong corners, Clean white borders and back. The photo registry is strong with text being bold and well pronounced.

College Football Hall of Fame
Francis Newton Gifford (August 16, 1930 – August 9, 2015) was an American football player, actor, and television sports commentator. After a 12-year playing career as a halfback and flanker for the New York Giants of the National Football League (NFL), he was a play-by-play announcer and commentator for 27 years on ABC’s Monday Night Football.
Gifford won the NFL Most Valuable Player Award from United Press International in 1956, the same season his team won the NFL Championship. During his career, he participated in five league championship games and was named to eight Pro Bowls. He was inducted into the Pro Football Hall of Fame in 1977. After retiring as a player, Gifford was an Emmy Award-winning sportscaster, known for his work on ABC’s Monday Night Football, Wide World of Sports and the Olympics. 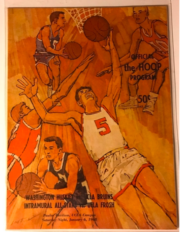 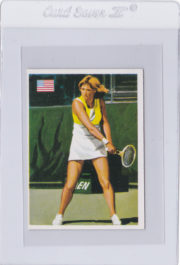