This is the Key RC for the GOAT Greatest of All Time Simone Biles! Originally offered only in Sports Illustrated For Kids, the issue is prone to damage when trying to separate from the 9 card sheets that were inserted in the magazine at the time. High grade examples are ultra scarce to come by as a result.  This key investment find is on the top of all Collectors lists going into the Olympics where she is geared to shatter even more records.

Simone Arianne Biles  is an American artistic gymnast. With a combined total of 30 Olympic and World Championship medals, Biles is the most decorated American gymnast and the world’s third most decorated gymnast, behind Belarus’ Vitaly Scherbo (33 medals) and Russia’s Larisa Latynina (32 medals).

At the 2016 Summer Olympics in Rio de Janeiro, Biles won individual gold medals in all-around, vault and floor; bronze in balance beam; and gold as part of the United States team, dubbed the “Final Five”.

Biles is the gymnast with the most World medals (25) and most World gold medals (19), having surpassed Scherbo’s record 23 World medals by winning her 24th and 25th, both gold, at the 2019 competition in Stuttgart.  She is the female gymnast with the most World all-around titles (5). Biles is the sixth woman to win an individual all-around title at both the World Championships and the Olympics, and the first gymnast since Lilia Podkopayeva in 1996 to hold both titles simultaneously. She is the tenth female gymnast and first American female gymnast to win a World medal on every event, and the first female gymnast since Daniela Silivaș in 1988 to win a medal on every event at a single Olympic Games or World Championships, having accomplished this feat at the 2018 World Championships in Doha.  This a month Simone BIles became the 1st woman to land a Yurchenko Double Pike routine, normally only performed by men, in her return competition at GK US Classic in Indianapolis, stunning the world and rising the bar even further for the athlete to beat in the 2021 Tokyo games.

Biles is widely considered to be the best gymnast of all time, as well as one of the greatest and most dominant athletes of all time in any sport. A must have RC of the Greatest of All Time. Great investment card destined to be on most collectors wish list.

Be the first to review “2013 S.I. For Kids Simone Biles Rookie PSA 9 Top Pop None Higher 1 of only 8 in Existence!” Cancel reply 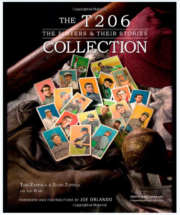