This early find was part of an original 415 card series issued in 1967 by Italian maker Panini.  Panini famous for such series as Campioni Dello Sport (Muti-sport series from 1966-74), Calciatori (Soccer Series), Montreal 76 (Olympics) and so many others made this rare Historical series.

This incredible collection of cards touches on many of history’s famous events and people going back to ancient times through World War II.  Each card showcases a bio on the famous person or event listed on the card in Italian.  Many of histories are included in this series from Socrates thru Abraham Lincoln to John Glenn.  Fans of Non-sports cards are sure to find some segment of the collecting market in this rare set.  This set has it all, War, Science, Politics, Space, a most for the advanced collector of Panini and Non-sport famous people.

It should be noted that many people are not even aware of this series and normally point to the later series from 1980 that Panini created which showcases many of this same historical figures.  This is the 1st printing and production of the Uomini Illustri Series and is such is rare scarce in unglued state.

Condition: This find is in close to Nrmt (see scans) state with incredible Color depth and Beautiful bright white borders on front and back. Test is crisp and bold, pack fresh very rare in this state.

This listing is for a very scarce UK find  from 1932 The Schoolgirl Weekly Magazine: Stars of The Silver Screen – Charlie Chaplin The Schoolgirls’ Weekly (Published from 21 October, 1922 to 20 May, 1939 by … Read More 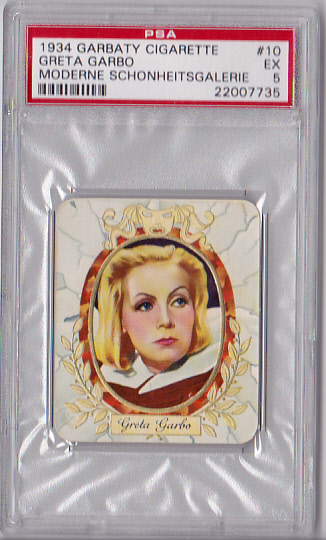 Disney fans will be very excited with this new Pre-War Disney Find from Italy. The Premium Redemption Giveaway Trading Card Series from 1936 Topolino Elah! This listing is Card #5  Horace Horsecollar (Orazio in Italian) from this rare Collection!   The … Read More