Rare Italian Sccer card issued in the premiere series from Mira called Tuttosport I Campionissimi .  This particular series was a variant card that was inserted randomly by the manufacturer as part of contest issued by Mira were collectors could chase and collect them at a value of 1 pt per card. The more card collectors could find and submit would help them win prizes.  Regalo card submitted were then destroyed after the contest period making these rare finds highly prized by collectors.

Ferenc Puskás Ferenc was a Hungarian football player and manager, widely regarded as one of the greatest players of all time and the sport’s first international superstar. A forward, he scored 162 goals in 123 international matches for Hungary, played four international matches for Spain and scored 514 goals in 529 matches in the Hungarian and Spanish leagues. He became an Olympic champion in 1952 and led his nation to the final of the 1954 World Cup. He won three European Cups (1959, 1960, 1966), ten national championships (five Hungarian and five Spanish Primera División) and eight top individual scoring honors. In 1995, he was recognized as the greatest top division scorer of the 20th century by the IFFHS.  With 806 goals in 793 official games scored during his career, he is the fourth top goalscorer of all time 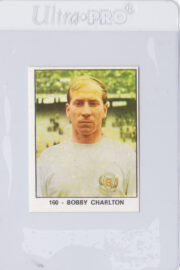 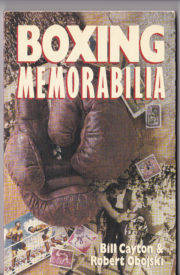 Step into the ring with all the great names in boxing – Corbett, Sullivan, Louis, Marciano, Graziano, Robinson, Ali and more.  If you’d like to start collecting boxing memorabilia, or find an exciting new direction for … Read More