Karl-Heinz “Kalle” Rummenigge is a German football executive and former professional player. He was the longtime Chairman of Executive Board of FC Bayern München AG, a daughter company of German Bundesliga team Bayern Munich.

As a player, Rummenigge had his greatest career success with Bayern Munich, where he won the Intercontinental Cup, two European Cups, as well as two league titles and two domestic cups. He was also honoured twice as European Footballer of the Year.

A member of the West Germany national team, Rummenigge won the 1980 European Championship and was part of the squad that finished runner-up in the 1982 FIFA World Cup and at the 1986 World Cup.

Rummenigge is a former chairman of the European Club Association, serving in that capacity from 2008 until 2017.

Rare series graded by PSA, extremley scarce issue of one of Germany’s Superstars of the 80’s. 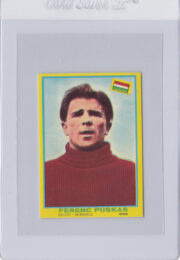 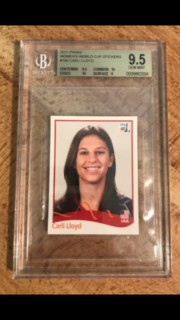 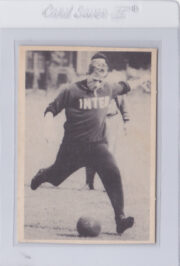