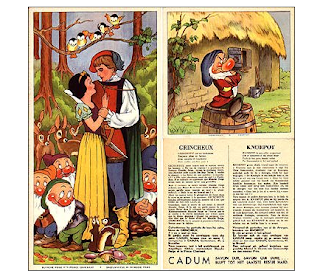 This rare overseas find, originally from France, was offered as a means for the manufacturer “Cadum” to bring attention to its line of fine soaps during the early 1940’s.   Disney’s popularity played a major role in many merchandising promotions in the 1930’s , 40’s and beyond. 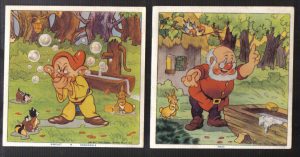 Cadum issued other early Disney offerings , but none compare to this early retelling of the classic tale Snow White and The Seven Dwarfs or as it was called in French “BLANCHE NEIGE ET LES SEPT NAINS”.  It  is probably the earliest known series offered by them at the time. 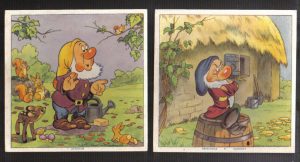 The beautiful illustrations and exceptional color registration of this vintage collection are a most have for fan’s of this classic Disney princess. 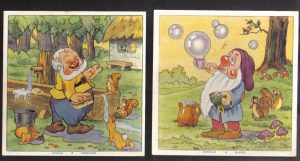 The back of each card offered a description of each character both in French and Dutch languages.  From the images you can see they also varied in size. 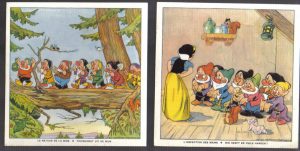 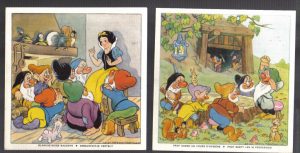 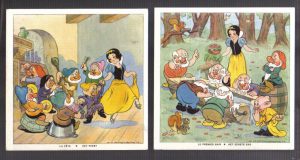 Two of the rare releases from this series measured at 5.5 x 11 inches while the rest if the cards neatly measured at a 5.5 square. Altogether the set consisted of 15 cards. 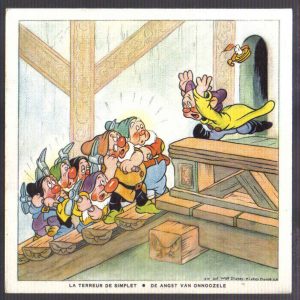