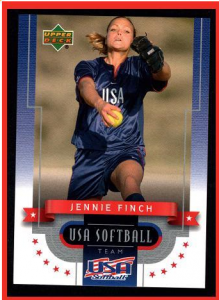 Unlike their male counter parts though you won’t find a large stream of collectible cards for each of the names mentioned.  This creates an interesting collecting opportunity for those that can see the historical significance and rarity of these great legends. 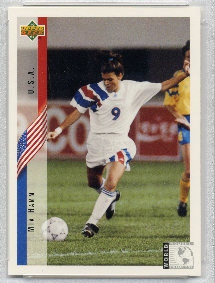 Their way is paved though by others that proceeded before them.  These mega legends are known world round both in the media and the Global Trading Card Market place such as Wilma Rudolph (Track & Field), Nadia Comaneci (Gymnastics), Sonja Henie (Skating), Billie Jean King (Tennis), Babe Didrikson Zaharias (Basketball, Golf & Track & Field), Larisa Latynina (Gymnastics), and so many others.

The impact is forever immortalized on card board for all to treasure and remember.  Here is a small snippet of some of these famous super stars.  Do you remember? 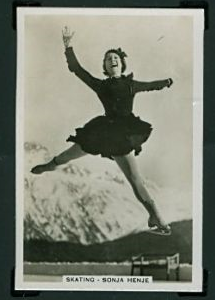 The daughter of a fur wholesaler in Norway, Sonja Henie received her first pair of ice skates when she was six. At 14 she was the Norwegian Skating Champion. At 15 she would win the Olympic gold medal in Skating, a feat she would repeat in 1932 and 1936. In 1936 she would turn professional and tour with her own ice show. She was signed by 20th Century-Fox and debuted in “One in a Million 1936”), in which she played an ice skater. The picture was very successful, Sonja continued to make a series of light comedies throughout the late 1930s and early 1940s. More a testament to her skating skills and physical appearance than her acting prowess, the films were nevertheless profitable and her popularity soared. Her films’ success garnered financial success for the Hollywood Ice Revues that she produced and starred every year. Her movie career wound down during the mid-’40s, but she continued skating until she retired in 1960. An astute businesswoman and due to marrying shipping magnate Niels Onstad (“the Onassis of Norway”) in 1956, Sonja was one of the ten wealthiest women in the world when she died of leukemia in 1969. 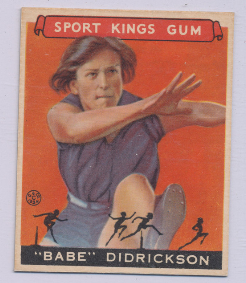 Mildred Didrikson Zaharias was born June 26, 1911, and earned her nickname “Babe” by hitting five homeruns in one childhood baseball game. At the 1932 Olympics, she won medals in the hurdles, javelin throw and high jump. By the 1940s, she was the greatest woman golfer of all time. The Associated Press declared Babe Zaharias to be the “Woman Athlete of the Half Century” in 1950.  As an amateur golfer, Babe won an amazing 13 consecutive tournaments during 1946. The next year, she was the first American to win the British Amateur. Among her 55 tournament victories were three U.S. Women’s Opens. 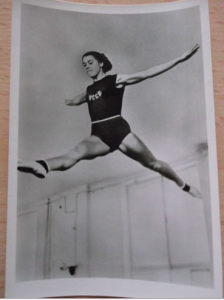 From her debut in Melbourne Australia at the young age of 21 in 1956 until 2008, 48 years,  Larisa Latynina had obtained Olympic Immortality as the most decorated Olympian of all time, truly untouchable. The former Soviet gymnast’s record haul of 18 Olympic medals put her far above the reach of any other Olympian until 2008 when Michael Phelps broke her record to finally topple this incredible feat.

This does not diminish her accomplishments though, as she remains the mostly decorated Female Olympic Athlete of all time.  Although Phelps broke her total medal count record, her record for individual event medals of fourteen still stands to this day. 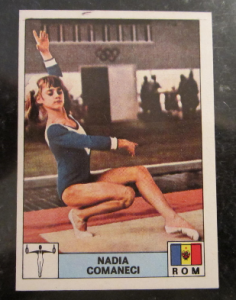 Was the first person in the Olympic History to score a perfect 10. She received the first perfect 10 on her performance on the un-even bars, where the computerized scoreboard could not register her perfect 10 mark but only able to show 1.00 point. She remains today the most well-known gymnast in gymnastic history.  Associated Press Named her Female Athlete of the Year 1976 for good reason as she won not just

team silver, all-around gold, bars & beam gold & floor bronze but she had a staggering seven perfect “10.s”.  The accolades didn’t end there she would go on that same year to win the the inaugural American Cup which was held in New York City at Madison Square Garden.  She was also the first gymnast to win 3 consecutive all-around European titles as well.  Add to this impressive resume 4 more gold medal (Team, all-around silver, beam & floor gold) at the 1980 Moscow Olympics.

Comăneci received the “Olympic Order” the highest award given by the International Olympic Committee both in 1984 and 2004.  She is the only person to have received this honour twice, and was also the youngest recipient. She has also been inducted into the International Gymnastics Hall of Fame, a fitting honor for such an accomplished athlete.  Nadia didn’t stop there she would go on to promote the sport of Gymnastics with her husband Bart Conners as well as promote such charitable endeavors as In becoming the first athlete in 1999 to be invited to speak at the United Nations to promote the Year 2000 International Year of Volunteers. She is currently the Vice-Chair of the Board Of Directors of the International Special Olympics as well as the  Vice president of the Board of Directors of the Muscular Dystrophy Association.  She also personally funded the construction and operation of the Nadia Comăneci Children’s Clinic, a clinic in Bucharest that provides low-cost and free medical and social support to Romanian children.   In 2003 the Romanian government appointed her as an Honorary Consul General of Romania to the United States to deal with bilateral relations between both nations.

Tomorrow’s stars and Text book legends are out there waiting to be discovered, collected and shared, don’t miss putting these Gem’s in your collection today!